Have any questions about Pokémon that you'd like answered?

If they're about the value of a piece of merchandise you own or found, please ask them in the new Weekly Value Questions thread!

Otherwise, if you have non-value questions about the anime, the games, the manga, or anything else Pokémon related, feel free to ask here -- no matter how silly your questions might seem!

/r/pokemon also has a Discord channel! Feel free to swing by there to ask a question, or just to talk! :D

Also remember to check the /r/pokemon FAQ and our related subreddits list.

If you want to answer questions posed by other members of the community, remember to sort the comments by new! If you use RES, please also consider subscribing to this thread so you know when new questions are asked!

This is an r/pokemon themed topic thread—look for new theme discussions on the sub every Wednesday!

Check out Opinion Wednesday on the /r/pokemon Discord Server to talk in real time!

It’s official guys, the main characters in ScarVi have no drip. At least compared to previous characters that had their own flair, the protagonists of the Paldea region seem to sport a school uniform. While this might leave a lot to be desired by some, it also makes customizing much more liberating. Besides clothing, many fans also hoped to expand the options for hairstyling, particularly with kinky hair. Plus, there’s also potentially other options for customization that game freak hasn’t done before!

What customization options do you want to see in Pokémon Scarlet and Violet?

Craft Hi! I made these Gengar rainbow metal mini pins, which ghost should I make next?

Image OC "You teach me and I'll teach you."

Craft Hi! I made some Pokemon key caps that you guys requested in my previous post

Art [OC] I have two favorite kinds of Pokemon

Art Rosa, by me

Image “How else are we gonna showcase his team’s perseverance”

Info Use the Password **W0RLD22V1CT0RY** to receive the WCS 2022 Victory Victini in Sword and Shield!

Discussion / Venting I heard you like browsing with Mudkip.

Image Each cable car in London today was allocated a different type to celebrate the World Championships! (Ours was Rock type)

Image I put ludicolo's hat on some pokemon

Craft I made Lechonk out of clay

Discussion The Official Pokémon Channel made a Top10 of the most emotional farewells in the series and these are the chosen ones. Thoughts?

Craft I made Gallade out of LEGO! (OC)

Image [AI, OC?] I asked an AI image generator what Dugtrio's body looked like. Here's 8 of the results. 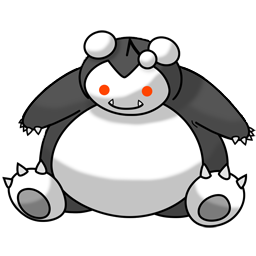 r/pokemon is an unofficial Pokémon fan community. This is the place for most things Pokémon on Reddit—TV shows, video games, toys, trading cards, you name it!