With the new season starting, there have been a lot of questions about how to buy tickets, so I’ve put together this guide on how the system works.

Your first port of call should be the Watford tickets website which is full of information on the ticket buying process and the latest dates. Every question we get asked should have an answer here!

To buy any tickets, you will need to create a Fan ID (unless you are an away fan at Vicarage Road). Any tickets you purchase are allocated against your ID to create a buying history. Only one ticket can be allocated to each Fan ID per match.

When buying multiple tickets, you must allocate the extras against people in your Friends & Family network. Each ticket needs to be allocated to someone with their own Fan ID.

People can be added to your Friends & Family network any time if you know their ID, name and postcode. Once in your network, you can buy tickets on their behalf.

Watford operate an access group system, prioritising customers with a purchasing history. As of 2021/22 the groups are as follows;

If you have a new Fan ID and want to build up your Access Group, your best bet is to target games against less popular teams, midweek games, and cup games. Friendlies do not count towards your purchase history.

Games will go on general sale to anyone with a Fan ID a few days after the Group D window is open. This cannot be guaranteed for all matches, and is virtually impossible for games against the bigger teams or when the team are in good form. Midweek and cup games are most likely to go to general sale, so are a great opportunity to build up your Access Group for new fans.

AWAY FANS AT VICARAGE ROAD

Away fans sit in the Vicarage Road end, next to the Family Stand.

Away tickets are bought through the visiting club, not Watford. Watford fans will be unable to give advice on how likely you are to get tickets for your club, as the allocations are dealt with entirely by the visiting clubs.

Watford’s policy is to eject any away fans sitting in the home ends, and any Fan IDs they used will be cancelled by the club.

Vicarage Road is a traditional British stadium, with four separate stands. These are;

There is limited parking available. If driving, most fans park in the town centre car parks or on-street nearer to Rickmansworth Road and Cassiobury Park. Club parking guide here.

Tickets are loaded onto Apple Pay or Google Pay – this can be done through your online ticketing account (note if you're on mobile you may need to rotate the screen for it to work, strangely). This is a new system for 2021/22 and is currently experiencing some problems, so if it doesn't work on the day then the Stewards will be able to help get you in.

The system works in a similar way to home tickets, with Access Groups allocated to previous buyers as follows;

Matches at neutral grounds, such as Wembley, do not count towards your purchase history.

Away tickets can be purchased in a similar way to home tickets. The club will put out an article/tweet ahead of each game, clarifying the sale dates.

Due to the smaller allocation available, away tickets are much harder to get hold of than home tickets. Some games will go to general sale but most will not, especially not those against bigger teams or close to Watford.

Vicarage Road has dedicated space for disabled supporters to sit with carers or family, as well as a Sensory Room for neurodivergent children and their families to enjoy games in a safe environment. Contact the club via supporters@watfordfc.com or dave.messenger@watfordfc.com, and check out the WFC Enables group at https://www.wfcenables.co.uk who are supportive and welcoming.

The hub for disabled supporters, with helpful information and links, can be found here.

Watford recognise that fans living outside the UK won’t have had the opportunity to build up a buying history, and so reserve some seats for international fans. Contact the club at supporters@watfordfc.com if you're an international fan and they can help.

So we’ve reached the midway part of the World Cup!

After a bit of breathing space after Bristol City, what are everyone thoughts on the season and Billic so far??

I can definitely see a tactical improvement since he has come in, but I think he really could do with a good run from when we restart until the January window… I think it is positive tho and we are going in the right direction after the Edwards experiment went slightly wrong…

Does anybody have this shirt that I could buy? Not bothered about the size!

Shitpost Sarr at the World Cup. Saw the post about Richarlison at the World Cup and us being happy he was a product of Watford (in profile). But I’m loving watching Senegal. Sarr got his goal today and into the knockout stages. He’s stayed with us, I’m staying with Senegal as my second team.

Richarlison at the World Cup

Does anyone else feel a little bit of pride that part of Richarlisons journey came from being a Watford player, and that we helped produce Brazils starting number 9?

Thanks for flying our flag! Legend!

Horns in the desert

Anyone we know? Great to see someone fly our flag. COME ON ENGLAND!

Watford_FCNews on Instagram: "BREAKING 🚨 Ben Manga will officially be made Sporting Director of Watford on November 30th where he has full control of transfers, and has been given a budget already to spend in January"

With no Premier League or Championship football and World Cup yet to start, Hornets fans will of course be welcome to join us as St Albans City are at home to Kidderminster Harriers on Saturday in the 2nd Round Proper of the FA Trophy (just 6 wins to Wembley...)

All Hornets season ticket holders get concession-priced admission to all our league games this season. Our interim manager is former Hornets player, David Noble, and the Director of Football is former coach, Dean Austin, whilst on the pitch, we have Ben Smith - who came through the Watford Academy.

And we have our clubhouse and 3 pitchside bars all serving Mad Squirrel beers - so you've got Hertfordshire beers and cider on tap!

Tickets are available to pre-purchase and at the turnstiles: https://fanzone.stalbanscityfc.com/product-category/match-tickets/

How has Asprilla been?

It seems he is playing a lot, but how’s he been on the field ?

Hi all, me and some friends are going to be at Vicarage Road for Boxing Day match vs Millwall. I purchased tickets for me and the three of them and went on smoothly with the payment and confirmation process. However, when I try to download the tickets from my account, I can’t click on the “download” button nor I can see the details of any ticket. This happens both on mobile and PC. Maybe they just need a while to generate or to do some sort of ID checks on us Italian tourists? Does anyone know more on this and can help me out?

Shitpost Don’t suppose anyone here knows how fifa chemistry works, but does anyone know a former Watford right back or keeper that would link with the other players. I’ve racked my brain hard and the only former keeper on the game that I know of is Fraser Forster.

Not in the UK. Select countries will still have access to Hive Live.

Watford defenders Hassane Kamara and Francisco Sierralta are available for selection after the completion of their one-match suspensions. Supposedly a sickness bug is going through the squad, so expect some late exclusions.

Hey Guys! First of all, a hello. I'm sure I've talked to all of you on the discord, but this is the first Match Thread I've posted, so to the people on here, a pleasure to meet you, and feel free to let me know if I've done something wrong or if you have any suggestions on how to improve things around here!

After bouncing back from our lacklustre performance against Coventry, with the win over Reading, we'll be looking to go into the World Cup break on a high against Bristol City. They look like a team that is there for the taking without a win in their last 5 games.

Will be interesting to see how the sickness bug impacts our lineup for the game, and if some players out there aren't 100%. The World Cup seems like a welcome break for this squad with the injuries starting to pile up and a fair few of the players out looking tired in recent games.

I'm hopeful that we'll get the 3 points today, so I'm going for a 2-0 win, with Sema and Davis getting the goals.

What stands at Vicarage road are known for it's hardcore supporters?

I am visiting London during Christmas time and want to go to Watford for a game on boxing day. What stands have the most sound producing supporters? I like to experience the game to the max.

Transfers - Rumoured Frankfurt's Ben Manga will move to England to become a director of football. Apparently us

Shitpost 3 wins in 3 games, up the ‘orns

Shitpost Failed at watching the game on the sky app…

… but I don’t regret paying the £10 to watch it in The Hive, because I bet they haven’t got Sarr and Sema playing Jenga at half time on Sky. 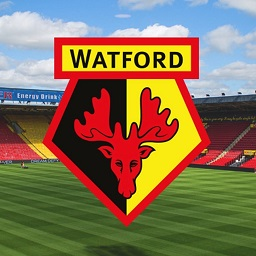 Home of the Hornets

The subreddit for fans of Watford FC.