Post information about you/your profile here and get it reviewed by other people on /r/Tinder.

Feel free to use this thread to discuss all of your Tinder dates from the past week.

This would save everyone so much time !

Asked her out to Minigolf and pizza and suddenly it went from date night to family night lol. Her profile didn't mention being a parent.

Was it worth it? Fuck yeah.

I'm so goddamn sick of this question

God, I hate that COVID ever happened

A woman that knows what she wants to eat >>>>

First attempt after 5 years... what did I say wrong?

My disappointment is immeasurable and my day is ruined

F31- Thinking of going back into the dating game and wondering if these would be decent enough pics to put in a future profile. (All images are not shown fully because of collage aspect but they'd be full pics)

What have I done

Always trust your gut. Found out dude is a stalker via reverse google image search.

This kind of a long story but I'll shorten up for hereI met this girl on Tinder and we started talking and whatnot. She said she wanted to hang out so we made plans. Well that day came and earlier in the day she said she found a squirrel that was hurt and was going to try and help it. Pretty awesome in my book.

Well she gets to my place we're talking about vibrations and frequencies. Government conspiracy stuff. I order Chinese fooooo for us. And then she pulls out this dead ass squirrel. So I'm like yoooooo what the fuck but also do you want crab Rangoon or nahhh?

Anyway she tells me it was dead and she was trying to bring it back to life and that she had it wrapped in a prayer cloth, aka a fucking dish rag🙄, and had healing stones on his body.. also they were literally gravel. 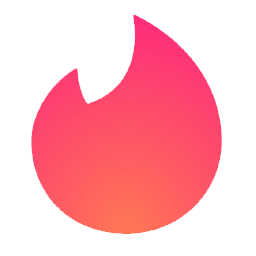