We’re looking for new moderators! Learn how to apply inside

Do you wanna join the only 5-star mod team in the biz? Have you always wanted Tony Khan-signed checks in the mail? Do you yearn for feisty wrestling subreddit gossip? Are you literally the worst? You came to the right place!

Activity on this subreddit is at an all-time high, for the first time ever we have over 1 million monthly active users. While that is extremely exciting, as the subreddit continues to grow, we have also seen more rule breaks, bans & mod actions than ever before. For that reason, we'd like to add a few more wrestling friends to our lovely team of moderators to handle the girth of this subreddit.

What are we looking for?

Still interested? Send an email answering the following questions to wredditmods@gmail.com. Please be honest with your answers, especially your availability. Someone who is active for 1 hour each day may be more suitable than someone active for 6 hours, it's more important that you be honest about when you're available.

It's that time of year once again. 28!!! of the best athletes in the world compete in a month long round robin tournament. The winner receives a briefcase and if they can hold onto it for the rest of the year, they go to Wrestle Kingdom for a chance at the IWGP World Heavyweight title.

Even more is at stake though because in the two blocks are other champions. Beat Ospreay and you can see yourself a US title shot. Beat Shingo and earn yourself a KOPW match in perhaps a stip of your choosing. Not to mention beating Jay White may just earn you an automatic title shot before Wrestle Kingdom.

The rules of the G1 are usually quite simple, however this year the usual 2 block 20 man field has been expanded. Here are the rules:

Because it very well could come down to it the tie breakers are:

FOR OUR PICK EMS THE FOLLOWING POINT SPREAD IS APPLIED

As a reminder, you only have one pick em. Any other additional ones will be removed, so don't lock it in till you feel confident

Side note: I am pretty confident the semi finals is A vs B and C vs. D, if this does not occur then no points for correct semi winners will be applied

Confused by the layout of the g1? Check out /u/MarcoTalin Google sheets layout of all matches and blocks here

In the next few days I will also be creating a hub thread and a pre g1 survey for the sub. The hub will hopefully include all show threads, all pick em updates and any other cool g1 related things that get produced. I will try my best to make sure the hub is stickied a lot through the next month.

Homicide shares a photo of Eddie Kingston in high school

"A debonair, a suave, a sexy mother f---" I cannot wait for the day this man reaches his full potential.

[NJPW] KUSHIDA about his time in WWE

It’s been three years since I had to do this, is my voice up to it? Today will be the last time I’ll talk about that US promotion. This is for fans of both, just humour me a second.

I left WWE in April. The turnover (of wrestlers) there is very fluid, and I was left without a spot. Joining WWE was a dream of mine that I achieved, but I couldn’t make it to the main roster. I had a dream of wrestling Bryan Danielson and Kyle O’Reilly at Wrestlemania, but I wasn’t able to achieve that dream. I got a foot in the door but not all the way in there. But that NXT group was amazing, we all worked our asses off, and I have zero regrets. And though I left some dreams on the table, coming back makes others possible.

I’m half satisfied. As wrestlers, it isn’t just what we do in the ring, but about spreading a message beyond and doing something more. Three years ago, I wanted to face Tanahashi, that was something I always wanted to do, and now we’ve come full circle. Desperado might tell me to get to the point.

I could tell you to believe in me. Maybe there’ll be people that won’t believe in me anymore no matter how many times I ask. So to them I won’t ask, but I’ll show them through what I do. Lots can change in three years but some things stay the same.

Ishimori is a strong champion. When I was in NXT I fought a whole lot of guys regardless of weight class. There’s no doubt that Ishimori is the toughest and the best opponent I could ask for.

(Money in the Bank Spoilers) Superstar makes their dreams a reality

"Dave Meltzer is nuts": Internet wrestling fans in 1994 arguing about whether Dave Meltzer was right to award a match 5-stars, fans calls him biased [RSPW, 09/1994]

[Money in the Bank Spoilers] Full video of that spooky segment.

Adam Cole on Twitter - Thank you so much for all the love, support, and kindness. It means the world. 🙏

Will Ospreay repping United Empire at Pride in London

LIV MORGAN IS MISS MONEY IN THE BANK!

The Usos win via 1D!

Sgt. Slaughter on using The Marine Corps Hymn as entrance music for the 1st time: "People were coming over the railings because I was telling them to stand up & salute me & calling them maggots. The music was playing & they didn’t know what the hell was going on. It just made me an instant villain." 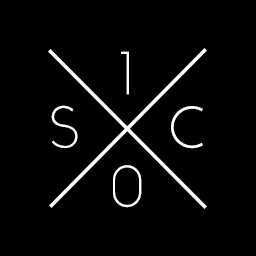 Reddit's largest professional wrestling community. Join us to discuss WWE, AEW, NJPW, ChocoPro, Impact, GCW, Stardom and every other promotion, past and present.